Posted at 18:10h in Client News by Ashleigh Aungst
0 Likes 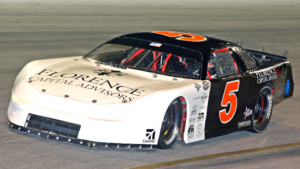 NEW SMYRNA BEACH, Fla. (November 12, 2018) –The ATF & Gunslinger team continued their dominance at New Smyrna (Fla.) Speedway on Saturday night, winning the Prelude to the Florida Governor’s Cup with Cole Anderson behind the wheel. Marking the team’s 12th victory of the 2018 season at their home track, the win was Anderson’s ninth of the year at the half-mile oval. The team, led by NASCAR Truck Series Champion Mike Skinner and Andrew Franzone, had three additional victories at the Florida short track with Skinner visiting victory lane once and Jamie Skinner scoring an additional two wins for the team.

“The ATF & Gunslinger team has had a great season, and we’re proud to add to that success with another win during the prestigious Governor’s Cup weekend here at New Smyrna Speedway,” said Mike Skinner. “We have a talented group at ATF & Gunslinger with a proven ability to build winning racecars, and we receive such great support from Toyota in everything we do. To start out the year with a dominating performance during Speedweeks and then come back this fall to win during Governor’s Cup weekend is really special. The boys have worked hard all year racing at tracks across the southeast, and we’ve had so much fun developing Cole [Anderson] and his skills on and off the track. He’s a natural talent.”

In a dominating performance, Anderson topped the leaderboard during practice before taking the pole position. After an eight-car invert on the start, Anderson took over the lead on lap 16 and guided the field to the checkered flag.

The victory marked ATF & Gunslinger’s 13th of the season, to include those by Anderson and both Skinners at New Smyrna Speedway, as well as Anderson’s win at Mobile (Ala.) International Speedway earlier this season. Additionally, the team has seven runner-up finishes, 31 top-five finishes in 42 starts, and Franzone drove to a second-place finish in the Pro Late Model championship standings at New Smyrna Speedway. 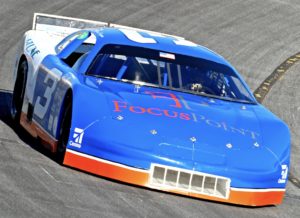 “It’s really cool that Cole has gotten nine wins for us this year at New Smyrna Speedway, especially with it being our home track,” said Franzone. “I’ve had fun driving in a lot of those races myself, and it’s nice that I got to run with Mike and Jamie on those nights that they got their wins earlier this summer. The race cars that our team built for us have been very fast. We’ve had a good run for the Drive For Hope program for Hope For The Warriors, and it’s also been great to have our team qualify and race so well with all of our friends at FocusPoint Capital and those based locally here in Florida, like Dimension Capital.”

ATF & Gunslinger will close out their 2018 race season next month, competing in the prestigious Snowflake 100 at Five Flags Speedway in Pensacola, Fla., with Cole Anderson behind the wheel.