Posted at 23:33h in Client News by Ashleigh Aungst
0 Likes 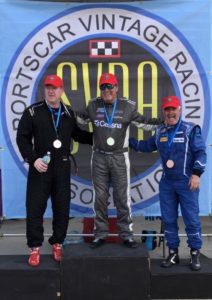 “It’s such a cool feeling to bring a retired Truck 10—what I view as the most famous Toyota Tundra ever built—back out and let it have another victory,” said Skinner. “It’s like taking a horse that has been put out to pasture five times, bringing it back out and it keeps performing. It’s just an amazing feeling. We have such great partners that allow us to keep doing this. From Toyota, Goodyear and Maui Jim, who have been with us since I was a full-time NASCAR racer, to Cessna, Wilkens Foodservice, JRi Shocks and Overkill Motorsports who have just joined us over the last few seasons—I really appreciate their support. Then you have Howard and Debby Palmer with E-Z LINE Structural Steel Fabrication who are some of our best friends in the whole world; but they’re also our partners and they help us go do this with ATF & Gunslinger. It’s so special.”